Pittsburgh, Pennsylvania (February 2018) – Bethel Park resident, Diana Riggs, is holding the premier of her new movie, NOXIOUS, at the Hollywood Theater in Dormont on March 10th, 2018.

What is Noxious about?

Riggs: “NOXIOUS is an eclectic mix of genres. It’s a thriller, horror, sci-fi, romance, drama, and even a touch of humor movie that should be a fun ride for moviegoers”.

What made you decided to take on the huge project of making a movie?

Riggs: I worked a little in the industry doing special effects makeup, prop and set design. In 2012, my twin sister, Donna Riggs, a well-established costume designer, landed the costume design position for the national full-length feature, America: Imagine The World Without Her, a political documentary film by Dinesh D’Souza. When she was asked if she knew anyone to do props and sets design, she recommended me, and I got the job. Those two weeks on the set were magical. When I told my husband, Bernie Artman, how much fun I had, he said, why don’t you make your own movie, and here we are.”

What were your biggest challenges?

Riggs: There was no real budget at all. It started out as just another big art project that would allow me to do special effects and involve my friends, but then took on a life of its own. People wanted to be involved in the project. They were enthusiastic and eager to be a part of the movie and it took on a life of its own. They knew I was a rookie but jumped aboard anyway.”

Some of your movie industry friends thought you were fearless to make a full-length film as your first attempt at movie making?

Riggs: Yes. The whole experience for the three years was like going to film school. With so many obstacles and learning curves, I learned what not to do. Some of it I learned too late. Skeptics told me I couldn’t shoot on the beach that there was too much wind. They said I couldn’t shoot in the dark or underwater without very expensive lighting and so on. With a group of over sixty-five remarkable people supporting the project, we did our best to prove them wrong. Now it’s out there for all to see and that makes me excited as well as a little nervous”.

A few of the cast members in Noxious are notable celebrities that will be recognizable by some Pittsburgh folks?

Riggs: Yes, Field of Dreams actor, Michael Milhoan, Wrestling icons Devon Hughes, D-Von Dudley from the Dudley Boyz, Brian Knobs, Nasty Boys and Jimmy Heart, mouth of the South all had part in the film. I just asked them to be in my movie and they agreed.

Do you have a filmmaker or director that you have been inspired by?

Riggs: I had the pleasure of meeting Pittsburgh legend, George Romero, many years back on New Year’s Eve with my husband. I told him that I was going to make a movie one day and he gave me his phone number and told me to call him when I did. I was so sad when I heard that he passed way last year because I had plans to do just that. I read an interview he gave concerning making zombie movies. He explored societal and political issues in his zombie films. I tried to build that into my movie.

What societal and political issues do you explore in the Noxious film?

Riggs: Beneath the surface (no pun intended), is a message that speaks to the concerns for Florida Gulf coast environment. As my characters evolved, their behaviors began to serve as metaphors for the way people view our environmental concerns. Some do not see the issues because they are too focused on their own lives, some honestly are not aware, some do what they can, and a few make the cause their life’s work. Unfortunately, there are those who choose to be unaware, and worse, those that exploit it for selfish reasons.”

You have a PhD from the University of Pittsburgh. Will there be other films in your future?

Riggs: I think so. It was hard work. As challenging as doctoral work, but much more fun!

Riggs spends most of her time in Florida and cares about the preservation of the Gulf waters and its marine life and hopes to create awareness even if it is in a quirky zombie fashion.

You can order tickets for the Pittsburgh premier on March 10, 2018 at www.brownpapertickets.com/event/3232845 or contact the Hollywood Theater at www.thehollywooddormont.org/ for additional show times. You can also contact Diana at dianariggs@comcast.net or www.noxiousmovie.com 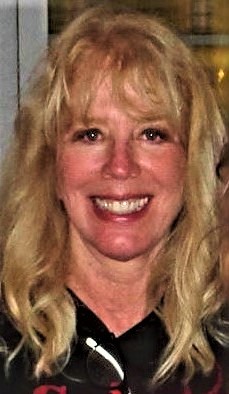