Crafting Conversations: A Call and Response to Our Changing Climate

Contemporary Craft Partners with Construction Junction to Give Objects a New, Artful Life

Pittsburgh, PA – Wonder Woman means many things to many different people. An Amazon, a superhero, a role model. None of these epitaphs truly fit, as Diana Prince and her Wonder Woman alias has lived a 75 year life that has seen its fair share of ups and downs, highs and lows, with multitudes of praises and many criticisms along the way. For this reason, Wonder Woman is impossible to stereotype, label or truly define. Yet still the character has endured, even thrived, and continues to inspire to this day.

The ToonSeum – Pittsburgh’s non-profit museum of the comic and cartoons artist – pays homage to Wonder Woman and all that she represents with its latest exhibit, Wonder Woman: Visions. Co-curated by ToonSeum president Anthony Letizia and regional visual artist Jessica Heberle, Wonder Woman: Visions contains original art from DC comic books published over the last 75 years, plus new drawings by regional female artists reflecting on what Wonder Woman means to them personally.

As part of Wonder Woman: Visions, the ToonSeum also offers visitors the opportunity to create their own “visions” of Wonder Woman, in both words and images, to be included in a growing montage that both pays homage to the character and adds depth and understanding to what Wonder Woman means in these contemporary times in which we live.

Wonder Woman: Visions is currently on display at the ToonSeum through February 25, 2018, with a special Opening Party is scheduled for Friday, December 1, 2017, from 7pm to 10pm. Throughout the exhibition run, there will be special programming including presentations, workshops, and tours. Information is also available for special admission, workshop, and group tour rates. 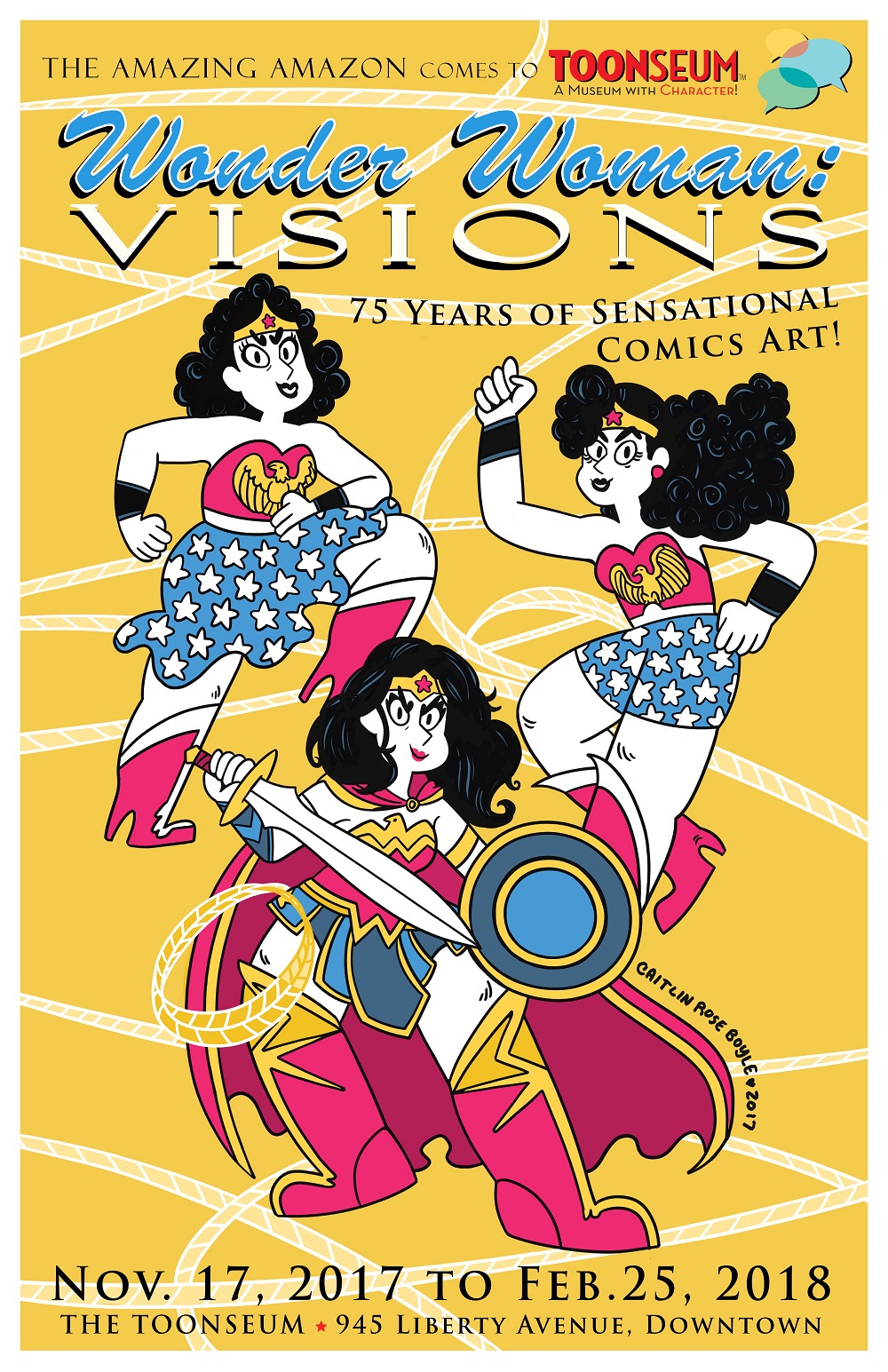