ID, Please​ to be performed at the Tete-a-Tete Opera Festival, Kings Cross July 2017

Pittsburgh,PA-​ ​ID Please,​An opera conceived at Carnegie Mellon and originally produced at Pittsburgh Opera,will makes its international debut in London this July as part of the Tête à Tête Opera Festival, Kings Cross. The international opening couldn’t be more apropos due to the work’s focus on international border crossing and given the fact that President Trump’s so-called “Muslim Ban” almost prevented it from happening.

Created by British-Iranian Composer Soosan Lolavar and Pittsburgh resident Daniel Hirsch, the opera takes place at the border of an unnamed country and explores themes related to immigration, xenophobia, and identity.​ ​It’s a theme of personal relevance for this creative team given that Lolavar was almost prevented from returning to the US to finish her opera this February. Due to her status as an Iranian citizen, President Trump’s executive order barring travel from seven countries threatened her ability to return to Pittsburgh to attend workshops and rehearsals.

“I was just really upset. I had lived in the U.S. for a year and I had made friends and felt a sense of community in Pittsburgh,” Lolavar said recently. “To think that I was banned from returning made me worry about what’s next, which could be something a lot more sinister.”

Lolavar had studied at Carnegie Mellon as Fulbright Scholar in 2015-2016, when she met and began working with Hirsch, an MFA student in playwriting at Carnegie Mellon at the time. She had planned on returning in a 2017 workshop when President Trump issued the order making the possibility of her return seem unlikely.

Luckily, her flight back to the US from London on the day that the first Federal Judge struck down the ban. She was able to complete the piece as scheduled.

Lolavar and Hirsch decided to write an opera about border crossing during the spring of 2016. Troubled by the rhetoric of the US presidential campaign, they considered writing an opera about Donald Trump, but assumed he would no longer be relevant by 2017. Instead they wrote about border crossing, considering it to be a more universal experience that exists in more diverse contexts.

“We were of different nationalities and disciplines, but we both shared a desire to make work responding to the growing tide of xenophobic rhetoric in both our respective countries. Little did we know how timely our chamber opera would become.” Hirsch said of the origins of their collaboration. “The ban affected so many people in extremely dire circumstances, but in barring Soosan from returning to this country, I got a small, bitter taste of how isolationist foreign policy can disrupt meaningful international collaboration and friendship.”

Hirsch interviewed real life individuals with experience crossing borders, both legally and illegally, to write the libretto. This resulted in lines that would later become relevant to Lolavar’s travel such as, ​“I clutch my passport so hard my hand hurts / I do not like the way you look at me like that.”​ The music is composed in a way that fuses Iranian and Western traditions, particularly drawing on the complex rhythmic content of the improvised sections in Iranian music performance. It is written for Mezzo-Soprano, Countertenor, Baritone, and a fifteen-piece orchestra.

ID, Please​ was first accepted to be developed in a collaboration between Pittsburgh Opera and Carnegie Mellon. The first workshop was performed in a fully staged production at the Pittsburgh Opera headquarters on April 1, 2017. The vocalists, conductor, and design team from Carnegie Mellon will all be participating in the Tête à Tête Opera Festival. While in London they will speak at a panel discussion and perform the opera with an orchestra of British musicians known as the Chroma Ensemble​. This opportunity for cultural exchange is particularly relevant as the opera is about border crossing.This opportunity for cultural exchange will give depth to the project when a European audience’s perspective influences the creative team.

“It’s been a yearlong process and every political event that has happened, from the Trump presidency to Brexit, has pulled [the opera] into sharper focus,” Ms. Lolavar said. “The world was going crazy and I couldn’t understand it anymore, but writing the piece was really helpful.”

“Soosan is a very talented composer with a unique compositional voice.” said Daniel Curtis,Carnegie Mellon Music Faculty and ​ID, Please ​Conductor. “The music she writes is very powerful, in part because it combines musical elements that reflect her personal background. Sounds of the Western classical tradition intermingle with the rhythms of Iranian classical music. When Soosan and her librettist/collaborator Dan Hirsch began working on ​ID, Please​, nearly a year ago, none of us could have imagined that the issues the opera takes on would become Soosan’s reality.”

Tickets can be purchased online: www.tete-a-tete.org.uk/event/id-please/

Soosan Lolavar​ is a British-Iranian composer whose work has been performed in the USA, Canada, UAE and across the UK. Her music has been broadcast on BBC television in both the UK and Iran as well as played several times on BBC Radio 3. Having studied Iranian classical music, with the help of a Fulbright Scholarship 2015-16, her music draws on ideas from both Western and Iranian traditions.

She holds degrees in Social and Political Sciences (University of Cambridge), Musicology (University of Oxford), Composition (Trinity Laban Conservatoire), and an Advanced Music Certificate (Carnegie Mellon University). She has recently started an MPhil/PhD in music focusing on contemporary composition in Iran (City, University of London).

Daniel Hirsch​ is a playwright, screenwriter, and journalist based in Pittsburgh. His theatrical work has appeared at
Custom Made Theatre, the Asylum Theater of Las Vegas, Bay One Acts Festival, the SF Olympians Festival, and has been a semi-finalist in the San Francisco Playwright’s Foundation Bay Area Playwrights Festival. He was recently the recipient of a $10,000 grant from the Alfred P. Sloan Foundation for his pilot script Traitorous. His journalism has appeared in Slate, San Francisco Magazine, SFGate, and KQED and he has been a recipient of a Society for Professional Journalism award for his work writing about housing issues in San Francisco. He has an MFA in dramatic writing at Carnegie Mellon University School of Drama where he studied with Rob Handel. 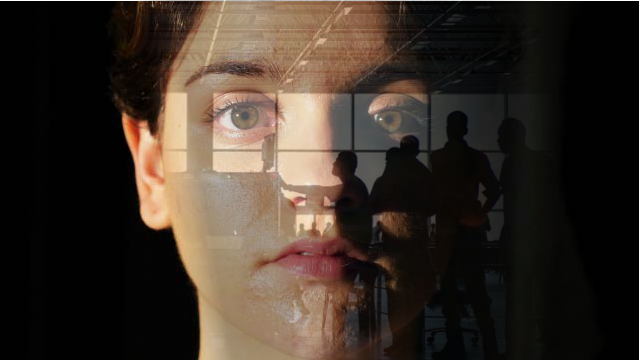