OEC Rental: The Best Option Available In Your Neighborhood For Renting Heavy Equipment 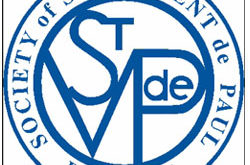 How nonprofits take responsibility for gender pay equity will be debated by Southwestern Pennsylvania opinion leaders during “The Great Debate,” presented by the Bayer Center for Nonprofit Management at Robert Morris University on “Equal Pay Day”, Tues., April 14 at 5:30 pm, Twentieth Century Club (4201 Bigelow Blvd., Oakland 15213). This date symbolically illustrates how far into the year a woman must work to earn the same amount made by a man in the previous year.

Since 2008 the BCNM has been raising awareness about the pay inequity of the 74%–women who make the majority of the nonprofit workforce in an 11-county region.
Peggy Morrison Outon, the Center’s executive director and founder of the 74% project, says: “It is painful to see that the nonprofit sector, as documented in the BCNM 2015 Wage and Benefit Study, still has $.25 pay gap between men and women executives in Southwestern Pennsylvania.”

Now, The Great Debate pits a lively team of community leaders in passionate conversation about women’s employment in nonprofits. “Each debater brings their perspective on the reasons why pay equity persists, what problems it creates for society, how the situation can be changed and what the future holds for the nonprofit workforce, says Outon.

Following a 5:30-6:15 pm reception, audience members will vote to agree or disagree with the resolution via their mobile phones. A repeat poll when the debate concludes will rate the debaters’ pro and con arguments.
Event guests can comment on the event’s suggestion to “Be a Man” at the Mustache photo booth. Proceeds provide support for publication of the Center’s extensive research. The 74% project draws on analysis of the nonprofit workforce throughout Southwestern Pennsylvania through the bi-annual Wage and Benefits Survey, focus groups, and one-on-one interviews with 100 female and male managers in the sector.

The research has revealed concerns with not only pay inequity but with professional development, turnover rates, and discrimination based on gender, race, and age. In addition the 74% has strongly illuminated the reality that a generation of nonprofit leaders are moving into retirement or reinvention mode–leaving many nonprofits that lack appropriate succession plans and, in many cases, administrations who are ready to move into top leadership roles.
“Nonprofit boards of directors must own their responsibilities as employers and citizens and refuse to allow pay inequity to be the norm,” says Outon. “The 74% campaign began in 2008 and with each passing year, we have seen increased public attention to equal pay for equal work.”

Since 2008, the Bayer Center for Nonprofit Management at Robert Morris University (BCNM) has led the conversation on the importance of pay equity for nonprofits. Both a practical and a moral imperative, BCNM is charged with helping nonprofits be the most effective and efficient partners to community health. BCNM insists that equation must also include a dedication to fair treatment of all people. Through its research and advocacy, it has captured broad media and public attention for the 74% conundrum. 74% has a Kitchen Cabinet, 170 strong, comprised of leaders from the nonprofit, business and government community. Last spring, 74% commissioned Tami Dixon of Bricolage Theater to build a short theater piece based on the interviews done by Outon.

“Building on four years of research, national experts, community buzz and a whole lot of media (over 5 million media impressions to date), BCNM’s 74% with its Great Debate intends to extend these conversations…moving the dialogue out of the Ladies Room and into the boardrooms – where fairness can become the order of the day and the nonprofit, social justice, sector can lead society as it should,” Outon observes.

BCNM also offers workshops on topics such as: collaboration, technology, fundraising, marketing, innovative financing, human resources, and on various management topics presented by national experts. BCNM is a partner to the Master of Science in Nonprofit Management degree at Robert Morris University; provides information and referral services; conducts applied research; and serves to convene in-depth discussions on the problems of society addressed by nonprofit organizations. For more information, go to www.rmu.edu/bcnm.