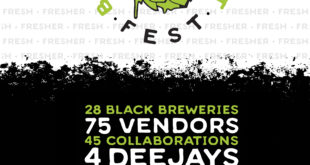 Special event on March 17th at University of Pittsburgh will feature special screening of their Award winning film short “The Pre-Nup” and lessons from one of Hollywood’s most successful deal-makers and talent managers.

PITTSBURGH, PA 2/12 –  Eric Gold knows a lot about developing talent and projects.  Over the years, the Churchill native has guided the careers of such clients as Jim Carrey, Ellen DeGeneres, Vince Vaughn, and Jennifer Lopez. He has also produced Scary Movie, She’s Out of My League, My Wife and Kids, and In Living Color, and is currently producing a Broadway musical inspired by Tupac Shukar, Holla if You Hear Me, written by Pittsburgh native and August Wilson protégé, Todd Kreidler. On March 17th, Eric returns to Pittsburgh for the Steeltown Film Factory, a unique filmmaking competition he helped create to identify emerging talent in Pittsburgh and connect them to the otherwise closed film business.

Eric and his wife, actress/writer Marcy Kaplan Gold (Days of Our Lives, Jag), who ran a top Hollywood talent showcase for 8 years, will share their stories about how Hollywood really works and provide feedback for the Film Factory quarter finalists on their 12 short film scripts to help determine which 5 aspiring filmmakers will go on to the next round of the Film Factory. This special panel will also include the Pittsburgh premiere of the award-winning short film The Pre Nup, written by and starring Marcy and produced by Eric, which is about a kindergarten teacher who has to sign a prenuptial agreement with the Hollywood producer she is marrying.

Steeltown Film Factory: The Writer’s Pitch will be held at the Frick Fine Arts Building at 11:00 a.m. on Saturday March 17th. Tickets are available at www.steeltownfilmfactory.org on a first come, first serve basis.  They are only $15  (and just $5 for students). All Film Factory events last year SOLD OUT before the event so it is strongly recommended to buy tickets in advance. For more information, call Steeltown at 412-622-1325 or email info@steeltown.org.

“We are so excited to have Eric and Marcy back in Pittsburgh.  The whole idea of the Film Factory stemmed from a phone call I got from Eric back in 2003 when he suggested we set up a way to find and nurture Pittsburgh talent and help show them how the development process works in Hollywood, “ says Steeltown Executive Producer Carl Kurlander. “Eric’s idea was to use the vast network of Pittsburghers who have become successful in the film and television industry to train a new generation of talent here, and hopefully get that talent exposure in the business.”

Eric and Marcy know the power of making a short film first hand, as Marcy’s The Pre-Nup lead to her getting a feature script writing deal at Universal Studios.

Over 60 judges from New York, Pittsburgh, and Los Angeles participated in this year’s Film Factory, which had a record number of entries and has become an important connector between Pittsburgh and Hollywood. In the past, panelists have included 300 and Mirror, Mirror producer Bernie Goldmann, Good Will Hunting producer Chris Moore, Two and a Half Men director Jamie Widdoes, Oscar winning Precious screenwriter Geoffrey Fletcher, Ghost Whisperer producer Kim Moses and co-star David Conrad, and MTV’s MADE creator/producer Bob Kusbit, among many others.

Also joining Eric and Marcy is Asher Garfinkel, president of Readers Unlimited, a Hollywood readers service that has worked with many major studios and production companies. Readers Unlimited, a Film Factory sponsor, provides coverage on the top ten finalists who will then be given the chance to re-write their scripts before the top 5 scripts are chosen to go on to the next panel at Point Park University on April 14th.  Up to $30,000 in prize money to make their film will be awarded to the winner or winners at a final panel at Carnegie Mellon University on May 12th.

Among this year’s top quarterfinalists to make the cut are returning 2011 finalists Yulin Kuang and Jamie McGovern, “Pittsburgh Dad” creator Chris Preksta, and nine other entrants who were chosen out of 182 scripts (which were all read blindly). Their scripts can be read by the public at www.steeltownfilmfactory.org.

The mission of Steeltown Entertainment Project is to build a vibrant and sustainable entertainment industry in Southwestern Pennsylvania.  Steeltown does this through INFORMING people about the industry through programs like “Take A Shot At Changing The World”, a digital media initiative which gives over $10,000 in prizes to middle school and high school students “who make a movie and make a difference”; IDENTIFYING talent and projects by connecting emerging talent in the region to industry professionals through the Film Factory; INCUBATING promising commercial projects through the Pittsburgh Innovative Media Incubator with WQED; and INVESTING in co—productions with Hollywood building on its successful model with the Steeltown/Hatchery “R.L. Stine: Don’t  Think About It” film, which was not only filmed here, but now has residuals being used to set up a regional investment fund.   The ultimate aim is to IGNITE the entertainment Industry in Pittsburgh and beyond.  Visit www.steeltown.org