Tracing Outlines: Documentary to be Filmed in Pittsburgh 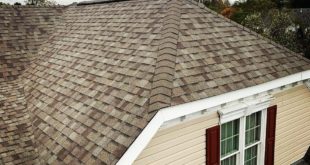 Crafting Conversations: A Call and Response to Our Changing Climate

Contemporary Craft Partners with Construction Junction to Give Objects a New, Artful Life

For Immediate Release: April 13, 2009 – A chance meeting between Pittsburgh residents Cayce Mell and Anastasia Rygle has launched a research project which traces the history of Pittsburgh’s first modern art gallery. Mell and Rygle are spearheading the project which will result in a feature-length documentary and an exhibition with accompanying catalogue. The focus of the project is “Outlines” a small gallery which was founded in 1941 by Elizabeth Rockwell Raphael (1920- 1998).

For seven years, 1941-1947, Outlines provided Pittsburgh with an innovative center of information on modern art presenting exhibits, lectures, films, concerts, plays and other programs and providing a reference library of books, phonograph records, catalogues and prints. Rockwell’s close friendships with artists such as, Alexander Calder, Joseph Cornell, Maya Deren, and John Cage attest to her intimate connection with the mid-century arts scene.

Outlines provided an opportunity for local residents to be exposed to names they would have only read about otherwise. In her first exhibition she showed works by Picasso, Braque, Seurat, Chagall, Modigliani, and Matisse. Over the course of seven years Rockwell brought some of the best and most innovative artists to Pittsburgh, some of whom chose to stay in the city for months. “It is important to remind people that art happens outside of institutions in more approachable places that support the exchange of ideas and promote integration and collaboration.” Ms. Rygle stated.

Mell and Rygle hope that this project spurs communication among local residents and are working hard to integrate a variety of perspectives and combined interests. The filmmakers are reaching out to members of the community in the hope that anyone who remembers the gallery or Ms. Rockwell will contact them. Filming for the documentary began for the project in the first week of April (2009) and will continue through the summer.

“It is our hope that together we can create a wonderful tribute to my grandmother and shed light on this incredible part of Pittsburgh’s past. So many amazing things have taken place in this city and unless someone takes the time to preserve the information there will sadly only be traces of its existence left.” Ms. Mell commented.