The science fiction television series Star Trek premiered on NBC on September 8, 1966. Over the course of the next fifty years, what began as a simple TV show evolved and endured to become one of the most iconic franchises in history. It’s basic narrative of a Utopian future where mankind has resolved its internal conflicts and moved beyond planet Earth has resonated with millions of viewers around the world, while the show’s fictional technological advancements have inspired an untold number of scientists, engineers, astronomers and medical professionals to enter their chosen fields.

Thirteen months after the premier of The Original Series, the first Star Trek comic book was released, and with the exception of a brief five year period during the early part of the Twenty First Century, illustrated narratives have been published non-stop ever since. In keeping with its mission of celebrating the cartoon and comic arts, the ToonSeum will pay homage to Star Trek with a special exhibit focusing on 49 years of illustrated narratives, including historic US comic books and British comic strips from the early 1970s as well as original comic art from the 1980s and 1990s and on into the present.

While the focus of “To Boldly Go: The Graphic Art of Star Trek” will be on the illustrated medium, the exhibit will also shine the spotlight on the numerous ties between Pittsburgh and the Star Trek franchise that, like the series itself, go back decades. Leonard Nimoy, who portrayed Mr. Spock on the original series, made his Shakespearean debut at the Pittsburgh Public Theater in 1975, for instance, while Zachary Quinto, the current Mr. Spock in the new slate of big screen movie adventures, is a Green Tree native who attended Central Catholic High School in Oakland and Carnegie Mellon University before heading to Los Angeles.

Fans have likewise played an instrumental role during the five-decade history of Star Trek, and here again the ToonSeum will highlight various zines and fan fiction created in Pittsburgh, as well as a Star Trektacular convention held at the William Penn Hotel in 1975 that featured William Shatner, DeForest Kelley, James Doohan and George Takei among its attendees.

“To Boldly Go: The Graphic Art of Star Trek” opens at the ToonSeum on October 28, 2016, and runs through January 15, 2017 – a fitting tribute to the Star Trek franchise, its history within the comic arts, the fans who helped it endure, the STEM-career professionals inspired by its themes, and Star Trek’s ongoing connections to Pittsburgh.

(The attached “To Boldly Go: The Graphic Art of Star Trek” promotional artwork was created by Pittsburgh artist Vince Dorse.)

For more information, contact Anthony Letizia, ToonSeum Board Member, Treasurer and Curator of the “To Boldly Go: The Graphic Art of Star Trek” exhibit, at anthonyletizia@geekpittsburgh.com. 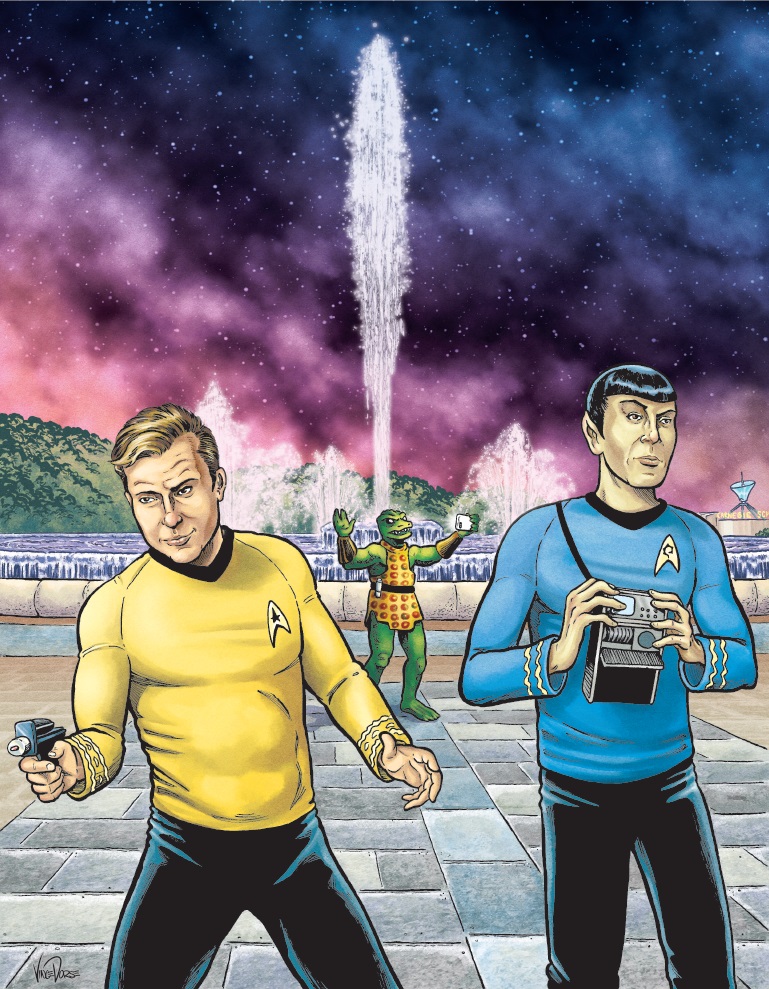