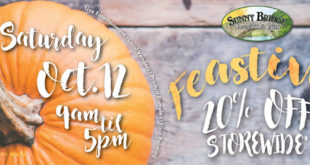 For Immediate Release – DORMONT, PA, April 4, 2015—What’s even better than pizza? FREE pizza! To celebrate its grand opening, Pennsylvania’s first Jet’s Pizza will give away FREE slices of its signature Detroit-style deep dish square pizza (one per person) on Saturday, April 11, from 11 a.m. to 3 p.m. at the new store located at 1810 Dormont Ave. in Dormont. Customers will also receive a FREE Jet’s flying disc while supplies last.

“I am excited to introduce this exceptional pizza to Pittsburgh,” said franchise owner/operator Doug Zalla of Upper St. Clair. “The free slice day is a chance for everyone to stop in and give us a try.”

Jet’s, a Michigan-based chain, has earned a fanatical following for its signature Detroit-style deep dish square pizza with the crunchy crust. Jet’s pizza dough, sauce and vegetables are prepared fresh daily at each store. Customers may “flavorize” their crust for free from a choice of eight flavors: butter, poppy seed, parmesan, garlic, Cajun, Romano, sesame seed or Jet’s Turbo Crust ®.

Carry out, delivery, or catering orders for the new Dormont store may be placed at (412) 343-9400. Order online at www.jetspizza.com.