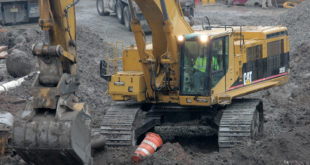 On a cold night in January 2005, Hana Haatainen-Caye launched a new business. After leaving the workforce in 1982 to raise a family, Haatainen-Caye was widowed in 1989. A stay-at-home mom, she eventually went to work at a flower shop part-time. Eventually, she remarried and tackled the task of blending two families. After all the children were gone, she knew it was time to put her writing and acting skills to work. That night in January, Speechless was born.

Initially, the company focused on copywriting and voice-over narrations. As time went by, it expanded to editing and creative writing. With clients from around the world, Haatainen-Caye’s voice is heard on corporate videos, commercials, IVR systems, websites, podcasts, radio shows, audio books, and eLearning modules. She is most known for her narrations on over 150 children’s audio books. “That is where my training as an actress pays off,” she says.

When she’s not behind a microphone, she spends her time writing for clients and adding to her own body of award-winning work. She has published over 60 children’s books with Marvel’s iStorybooks and is currently under contract for 20 more. Eight of her true stories have appeared in the best-selling CHICKEN SOUP FOR THE SOUL series.

A sought after speaker and workshop presenter at writers’ conferences, Haatainen-Caye recently started teaching writing courses at Carnegie Mellon through their Osher program. Her award-winning blog, Green Grandma, led to the publication of her first non-fiction book, VINEGAR FRIDAYS.

“I look forward to seeing where this next decade takes me,” she says. “Every day is a different adventure and, so far, I’m really enjoying the ride.”