Veterinary Care Market for Asia & Latin America Worth $23 and $9 billion Respectively, by 2025

Veterinary Care Market Is Expanding at 7.3% With Increasing Demand for Medical Device Industry.. 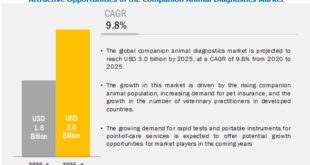 In a scenario very similar to Pittsburgh Police’s K9 Rocco, K9 Kye of the Oklahoma City Police Department was killed in the line of duty earlier this year.

While on a call on the evening of Sunday, August 24th, Kye suffered stab wounds while pursuing and subduing a burglary suspect.

He was rushed to surgery but failed to recover.

Tim Beachy, a Perryopolis, PA resident and owner of A Breed Apart Clothing, was inspired by the outpouring of support he witnessed from the City of Pittsburgh from the loss of Rocco. He wanted to help Oklahoma City in the same way.

Tim designed and sold shirts with Kye’s likeness on them with the sale proceeds being donated to Vested Interest in K9s, Inc. Tim partnered his brand with Vested interest in K9s to help promote the shirt. The “Kye T Shirt event” raised over $4,700.

Tim also held a fundraising T shirt campaign of April of this year for K9 Klif of the Armstrong County’s D.A. Office when Klif was thought to be in need of back surgery. That campaign raised $875 for Klif’s ongoing care.

A Breed Apart Clothing Company was founded in 2011 to provide purebred dog -themed clothing for humans with the intent of giving back to the canine community. The online store can be viewed at www.ABreedApartClothing.com

Vested Interest in K9s, Inc. is a 501c (3) charity located in East Taunton, MA. whose mission is to provide bullet and stab protective vests and other assistance to dogs of law enforcement throughout the United States. The nonprofit was established in 2009 to assist law enforcement agencies with this potentially life saving body armor for their K9 Officers. Through private and corporate sponsorships, Vested Interest in K9s, Inc. provided over 1100 law enforcement dogs in 39 states with protective vests since 2009 at a cost of $1,045,000. The organization orders the U.S. made vests exclusively from distributor Regency Police Supply in Hyannis, MA. Vests are manufactured by Armor Express in Central Lake, MI. The program is open to law enforcement dogs who are US employed, certified and at least 19 months of age. For more information please call 508-824-6978. Tax deductible donations accepted via mail to: Vested Interest in K9s, Inc. P.O. Box 9 East Taunton, MA 02718 or via the website: www.vik9s.org.