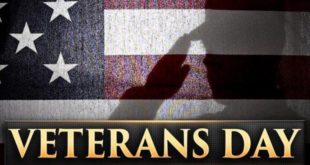 For Immediate Release – Pittsburgh, PA – Today, Senator John Rafferty, flanked by numerous supporters and elected officials, introduced his 2.5 billion transportation funding plan.  The plan, at Year 5, provides twice as much funding for mass transit as Governor Corbett’s proposal and, in particular, triples the amount originally available in Year 1.  The plan also boosts the proposed multimodal fund to $90 million in Year 1, $115 million in Year 5.  More on the Senator’s proposal can be found here.

The Pittsburgh Community Reinvestment Group appreciates the work and leadership shown by Senator Rafferty to adequately fund an asset so vital to Pennsylvania’s economy – transportation.  We also commend the chairs of both chambers’ Transportation Committees for their dedication to bringing transit funding much more in line with the needs of the state.  We also look to the multimodal fund as a potential source to pay for those small, catalytic projects that enable the movement of people – as well as freight – that could unlock private investment in transit-oriented development and compact communities that enable more biking and walking.

PCRG’s GoBurgh Initiative, working with its partners and stakeholders, will have more to share as we analyze the Senator’s proposal, including the impact on the Port Authority and ACCESS.

The Pittsburgh Community Reinvestment Group’s GoBurgh Initiative (www.goburgh.org) convenes communities, organizations, and businesses to work toward a sustainable and vibrant transit infrastructure. We advocate for smart and equitable policy development based on extensive research-backed data and information on transit issues. Visit pcrg.org for information about other programs.