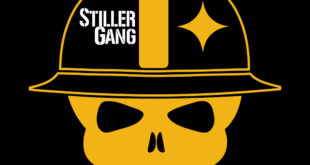 April 13, 2012 (Sarver, PA) – After a busy offseason, Carl Bowser and the Bowser Motorsports team are preparing to make their 2012 debut on April 20th at Lernerville Speedway. Not only will it be the team’s first race of the season but Bowser will also be behind the wheel of an Eagle Chassis – the team’s newest marketing partner.

“We’re very excited to kick off the 2012 season with this new Eagle partnership,” Bowser said. “Bill Mann and Brad Aylesworth are building a program at Eagle that we felt we had to be a part of.”

Eagle Motorsports, based in Springfield, Illinios, has been producing championship-winning cars for over a decade. Combining Eagle’s long history of quality manufacturing with recent additions to the Eagle team, including Aylesworth, Sales Manager, and Mike Long, Director of Operations, clinched the partnership for Bowser.

“We really believe that Eagle is putting out the best chassis on the market,” Bowser described. “Brad and Mike understand my driving style, and this chassis will fit me well. I’m ready to get out there and put some wins on it.”

Bowser struck up a rapport with Aylesworth and Long after the trio met in 2005. When Eagle expressed their desire to put a car in the Western Pennsylvania region, Bowser was excited to be tapped for the job.

“Relationships with our customers and the level of service we are able to provide is what Eagle Motorsports core values are based on,” Long stated. “To reunite with Carl and continue to build on this relationship is very exciting.

“Carl’s an experienced driver who’s on and off track actions have always exhibited exemplary character. The Eagle Motorsports team is prepared to ensure

Bowser Motorsports performance is elevated to the highest level.”

As defending track champion, Bowser anticipates Lernerville Speedway to be a regular stop on his 2012 tour, along with other tracks in the region including Pittsburgh’s Pennsylvania Motor Speedway, Mercer Raceway Park, Fremont Speedway, and Attica Raceway Park. Bowser also plans to travel outside of the region for various major events.

Sprint title. The manufacturer can also claim six USAC non-winged titles and the 2011 Oval Nationals championship. Under the leadership of new owner Bill Mann, Eagle Motorsports is poised to become a leader in racing chassis manufacturing and technology. To learn more about Eagle Motorsports, visit www.EagleMotorsports.com.

About Bowser Motorsports:
Since beginning his racing career in 2005, Carl Bowser, 25, has driven to 10 career feature wins and the 2011 Lernerville Speedway Track Championship.  In addition to on-the-track success, Bowser has been lauded for his accomplishments off the track as well. Bowser was named the 2009 Auto Racers for Kids Driver of the Year for his contributions to the local community. To learn more about Bowser Motorsports, visit www.carlbowser.com, or connect with the team at facebook.com/BowserMotorsports or twitter.com/carlbowser.