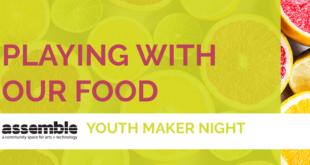 Individual contributions that flowed into PittsburghGives from midnight to midnight yesterday totaled $5.15 million, and they will each receive an equal pro-rated share of the $750,000 matching funds, creating a total of $5.9 million raised for nonprofits. A Day of Giving for Westmoreland which ran simultaneously received public donations of nearly $440,000 which share a match pool of $100,000.

All data is preliminary and is subject to financial and administrative reconciliation by Foundation staff, which is expected to be completed by early next week.

“This was a tremendous outpouring of support for the charitable programs which contribute so much to the well-being and quality of life in our community,” said Grant Oliphant, The Pittsburgh Foundation’s President and CEO. “Our event yesterday pumped nearly $6.5 million into the resources of nonprofits serving Allegheny and Westmoreland counties in some of the most difficult economic conditions our community has ever experienced.

“This demonstrates the progress our nonprofits are making in reaching out to their supporters using social media and on-line technology.

“We congratulate and applaud everyone who gave and the nonprofits that organized themselves so well. Day of Giving was an inspiring endorsement of Pittsburgh’s generous, big-hearted spirit, a magnificent achievement which far exceeded our hopes and expectations.”

The number of individual donations yesterday topped 13,600 – almost double the total for last year’s Day of Giving event. Gifts ranged from the $25 minimum to $15,000 and more, the biggest being a donation of $25,000.

More than 600 local charities in Allegheny and Westmoreland counties with profiles on the PittsburghGives site were eligible to receive contributions from donors that qualified for an equal, pro-rated share of the matching funds.

The $750,000 match pool for Allegheny nonprofits was 50 percent more compared with the 2010 Day of Giving. In addition to funds provided by The Pittsburgh Foundation, the match pool was supported by the Foundation’s Jack G. Buncher Charitable Fund together with local funding partners, including The Buhl Foundation, The Heinz Endowments and the Leonard C. Grasso Charitable Foundation. A separate match pool of $100,000 was available for donors contributing to nonprofit organizations in Westmoreland, the same as in 2010.

The Pittsburgh Foundation will announce the matching amount for each donation as soon as financial reconciliation of all data is completed.

Giving yesterday was significantly higher than for the 2010 Day of Giving when $2.8 million in public donations was received which combined with matching funds of $500,000 generated $3.3 million for local charities. Westmoreland’s Day of Giving last year raised nearly $200,000 which shared a match pool of $100,000.

Since the launch of PittsburghGives in 2009, the on-line site’s giving events have so far raised $13.5 million for the region’s nonprofit organizations.

The PittsburghGives platform serves as a unique vehicle for nonprofits to showcase their work in the community, detailing information about their charitable programs, missions, management and finances.

PittsburghGives can be accessed at www.pittsburghgives.org. The site received more than 30,000 ‘hits’ during yesterday’s Day of Giving.