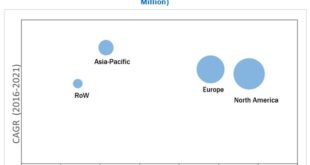 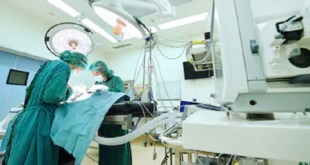 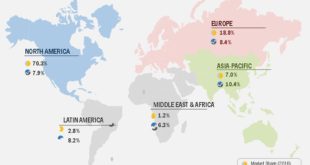 Interventional cardiologists use vascular closure devices to close the artery after the procedure. Interventional cardiology deals specifically with catheter-based treatment of structural heart diseases. These procedures are done through blood vessels like the transfemoral or transradial artery for angioplasty and stenting. Market players offer on-hand practice to surgeons, physicians, and cardiologists for their vascular closure devices. This ensures safety, efficiency, and the effective deployment of these devices during cardiac procedures.

CVDs are the leading cause of death worldwide. This figure for deaths caused due to CVDs is expected to increase to 23.6 million by 2030 (Source: World Health Organization). The significant growth in the incidence of CVDs is resulting in an increase in the demand for cardiac interventional procedures.

A large number of active approximators provided by market players that can close large bore arteries is mainly driving the market for active approximators, while the high cost of vascular closure devices and growing preference for radial artery procedures are restricting the growth of this segment

Suture-based devices deploy a suture on either side of the arteriotomy. These devices mediate the ligation of the artery with the help of Needles and sutures. This enables hemostasis of the arterial site, and the tails of the suture are trimmed from the surface of the skin.

Clip-based devices are made up of nitinol clips, a nickel-titanium alloy with superelastic properties, which are small, circumferential, and flexible. Owing to its superelastic nature, the clip mechanically binds to the surface of the arteriotomy site. This enables the clip to achieve hemostasis and prevents potential blockages.

The main advantage of these devices is that after the procedure, the device is completely removed from the body and leaves nothing on the inside of the lumen as compared to other devices. The nitinol metal chip remains on the surface of the artery site that can be visualized in an MRI procedure. Since the clip is placed on the surface of the artery, arterial blockage is avoided. However, the clip limits the evaluation of the immediately adjacent structures of the artery site when visualized with MRI. Moreover, misplacement of the nitinol clip on the intravascular site at the time of vascular closure procedures can lead to complications, which can cause femoral artery laceration and increased risk of infection on the site and stenosis.

The introduction of new clip based products such as the nitinol clip will additionally help boost this market.

The geographic segments in this report include North America, Europe, Asia-Pacific, and RoW. Of these, the North American segment is expected to account for the largest share of the market in 2017. The large share of this segment can primarily be attributed to the high prevalence of cardiovascular diseases in the U.S., growing trend of one-day surgery for vascular procedures, and increasing research and clinical trials for vascular closure devices.